Out of Sight, Out of Murder

Meet Peter Knight, an author under pressure from his publisher to write a winning mystery.  He’s been sent to a remote mansion with a macabre history, when an electrical storm precipitates an unlikely confluence of events.  Suddenly surrounded by characters he thought were only in his imagination, Peter finds himself being pummeled by an ornery bunch of stock characters, bent on perfecting their personas.  Not a docile bunch, at least one of them is also a competent killer.  Will Peter survive long enough to catch the killer before the killer catches him? 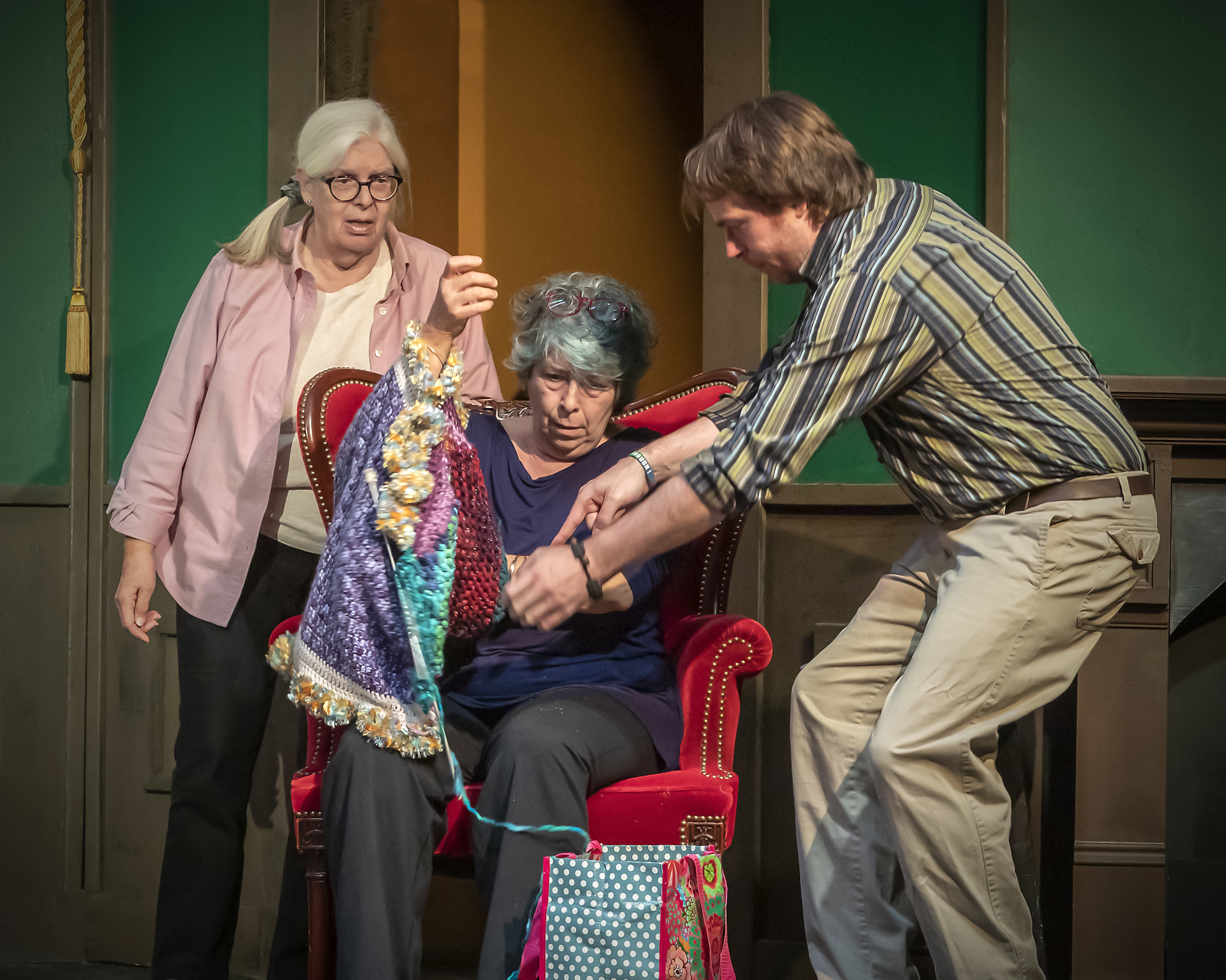 Awkward!  Author Peter Knight (Lucas Tennant) has some explaining to do, when Minna (Joanna McAuley-Treffers) the very real housekeeper finds a hideous knitting project left behind by one of the newly matrialized imaginary characters she can’t see or hear, while said character, Fiona (Roberta Peets) watches with a mix of horror and amusement!

New for 2020! A different artist will be displaying their work in our Lobby Gallery during each of our plays. Click here for details about this month’s artist, Pat Purdy.

Tickets: $24 at http://www.ticketsplease.ca (in store, on-line, phone) & at the door
$10 rush seats at the door for students with ID
Opening Night Special – $5 off regular tickets